This is a great video 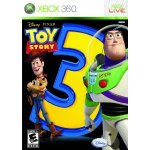 End of an Era

We have reached a milestone as parents, after almost 8 years, all of our kids are completly out of diapers and pull-ups now.  A few weeks ago, our youngest decided that she wanted to use the toilet whenever she wanted to go.

With this change, we won't need to keep a recepticle to keep the dirty diapers, our Costco trips will be smaller, and we could even potentially get a smaller garbage can from the city.

Now it will be easier to take family trips, as we won't have to worry about packing enough pull-ups.  But, we just have to make sure we are in range of a bathroom.
Posted by Paul at 4:42 AM No comments: